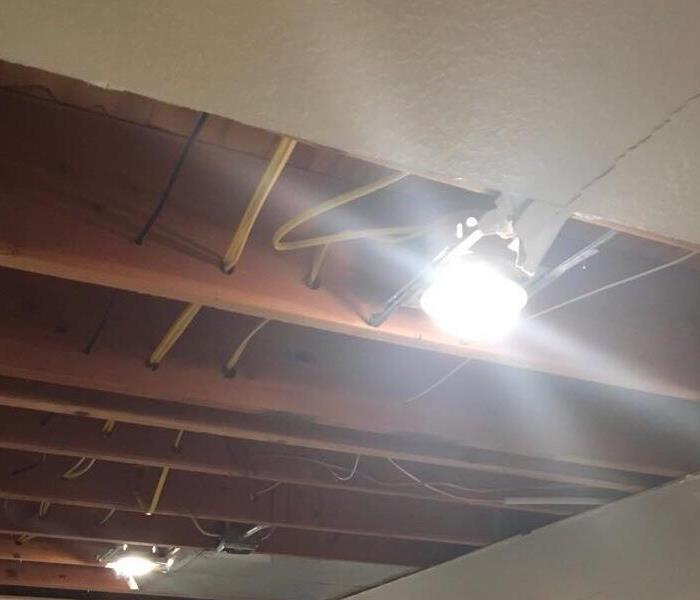 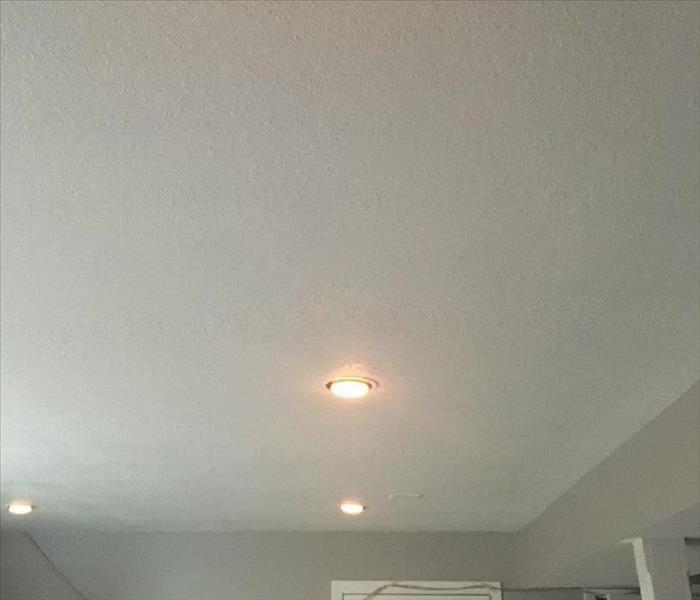 These ceiling pictures are taken in Mason City, IA. The part of the ceiling removed is directly below where the refrigerator is located on the main level. Within the finished basement ceiling is where a copper pipe runs directly to the refrigerator. Over time the pipe had rusted tiny pin holes throughout it and was leaking into the ceiling. The home owner noticed this when he came down stairs to grab something and noticed the ceiling was slowly dripping due to the amount of water that had collected. Home owner was advised to call SERVPRO of Mason City to do an inspection. During the inspection the refrigerator was moved away from the wall and reveled a puddle of water around the floor where the copper pipe comes thought. Determining the ceiling would need somewhat of a demolition to uncover and see how drastic it was, SERVPRO began piece by piece taking the ceiling out.  Tracing the piping back as far as possible we found 5 different pin holes that were all leaking across the back part of the ceiling. After replacement of the copper piping took place, the ceiling was sheet rocked and painted to normal condition. They stated it does, "Look like it never even happened." thank you guys for responding so quickly and getting this place back to as good as new,

View More Before & After Photos