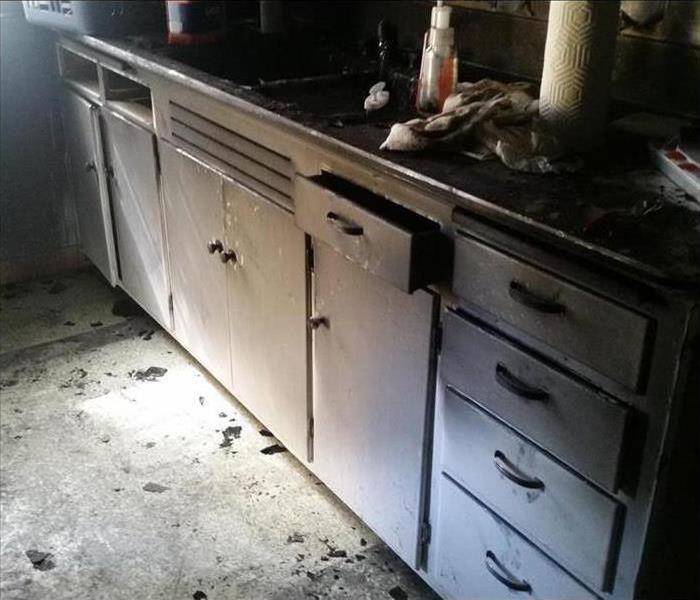 These photos are from a house fire in Mason City IA. Where an electrical fire broke out causing significant soot and smoke damage.  There was also serious smoke and soot damage as well as odor to several other common areas of the house.

SERVPRO of Mason City worked with the home owner to clean smoke and soot damage, as well as deodorized the home. Other areas of the home also need demolition and build back.  In the picture on the right some of the cabinets had to be pulled and restored.  The floor was also replaced do to water and fire damage.

View More Before & After Photos